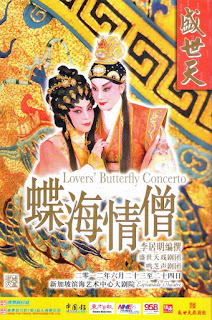 Butterfly Lovers' Concerto is about the love story of a passionate prince who is gifted with the ability to attract butterflies whenever he recites love poems. Later he is forced to become a monk after a coup in the Palace.

I only took a few photos before and after the performance. 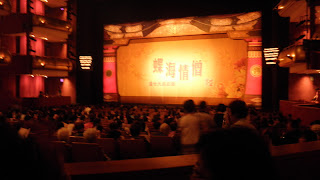 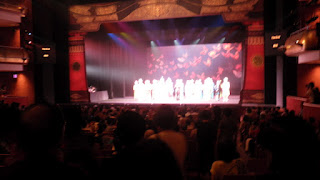 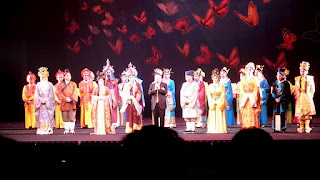 One morning I was passing a row of shops. A middle-aged man was unlocking the metal shutter and then trying to lift it up. Three young men, probably employees, had also arrived and were waiting to get in. The man, probably their boss or superior, had a little difficulty with the shutter as there seemed to be a little obstruction.

Surprisingly, none of three young men went to help him. Maybe it is something that often happens and they are used to it.

If there were only one employee around, I think he would have helped.

In some cases if there are many people but no leader, no one wants to do it.