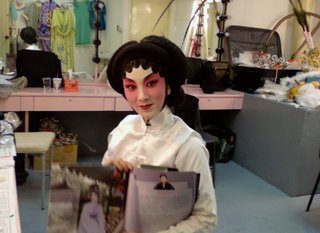 Attended a cantonese opera show on Saturday at the Kreta Ayer People’s Theatre.

I think the compere talked too much. A man sitting in the same row and another in the row in front of me also expressed similar comments. Ironically, the compere said this a few times: ‘due to the constraint of time’. So the man in front said: ‘you yourself are wasting our time’.

It was not because the artistes or the stagehands needed more time to prepare. There was ample time for the artistes to change costumes or for the change of sceneries.

There were seven items, so the compere came out seven times to introduce them. Except for the last introduction which was very brief, the others were quite lengthy. If each introduction took 3 to 4 minutes the compere himself would have used up about 25 minutes already.

A little about the show.

It was a showcase of local talent Philip Chan Fook Hong organized by the Kong Chow Wui Kun and the Chinese Opera Society. Philip has engaged a fah dan, Qiu Xiaona, from Zhuhai to partner him in three excerpts. But I feel that her performance fell short of expectation.

Of his four excerpts I like the one about Lin Chong best.

Another item was a duet by Ling Tung Mun and Woo Wai Fong. Wai Fong portrayed the character Lin Xiangru competently. Somehow her voice seems to suit the character well.

“Don’t put gravy,” I told the aunty assistant. I don’t like the gravy of most roast duck stalls. Instead of enhancing the taste, I feel it spoils the roast duck.

“You want to put soya sauce and cooked oil?” she asked.

So, I expected the duck with the soya sauce and oil on it to come on the rice itself or in a separate plate.

But the aunty seemed to have a different interpretation of my instructions.

The plate of rice came with soya sauce and oil added and the duck came in another plate with gravy added!!!

First time this happened. I think she might have thought I referred to the rice only. Must give very specific instructions if I patronize the stall again.

Maybe in a similar way, we sometimes misunderstand each other.


Recent pictures of some opera artists as their own selves, not the scholars or princesses they portray on stage. These pictures, except for the first one which I took in August this year, are scanned from a cantonese opera magazine,粵劇曲藝. 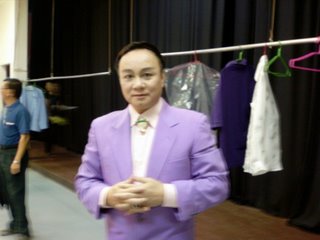 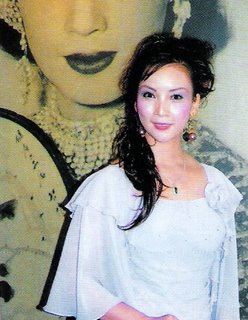 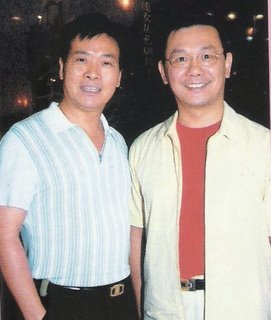 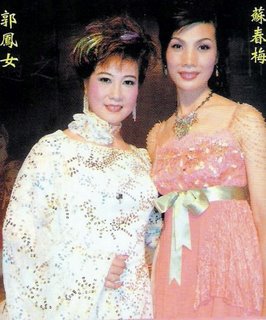 蔣文端 & 曹秀琴 (Jeong Mun Tuin, Cho Sau Karm)
I have seen Cho perform in Guangzhou but I don't think she has ever performed in Singapore. 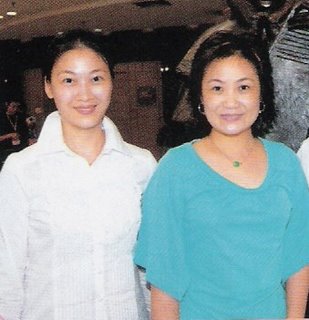 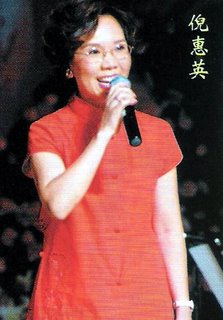 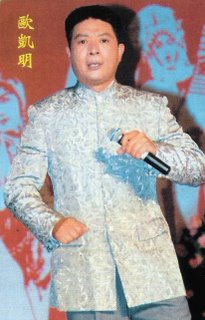 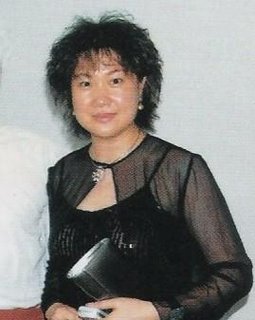 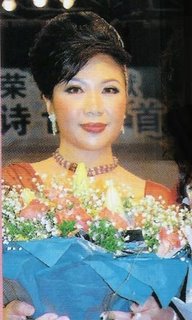 
Once I attended an English Language course. The lecturer was a Canadian. He was peeved at people using phrases like: ‘in the Singapore context’ and ‘at this point of time’. His reason was “you don’t need to use unnecessary fanciful phrases when simple words will do.”

Why ‘in the Singapore context’, just ‘in Singapore’ will do, he said. As for ‘at this point of time’ it can be replaced with ‘now’ or ‘at the moment’. Or it could be omitted altogether.

I don’t think you see these 2 phrases being used often. Came across this about 2 weeks ago: ‘At this point in time, the offer still stands’.In this case I think the lecturer is right. That phrase can be replaced or omitted.


One day we were puzzled to see this on the whiteboard in the office:

On closer look, we were all smiling away.

This Mr Tan was away and he had asked someone to post the message. But this fellow with his wicked sense of humour made the full stops so faint and the letters so close that it looked that way.
Posted by fr at 12:50 AM 1 comment:

Mid Autumn at the Esplanade


On Thursday evening I was on my way to the Esplanade to watch a show. The sky was quite hazy. The sun was a beautiful orange colour, like a huge egg yolk. This photo was taken from Nicoll Highway. 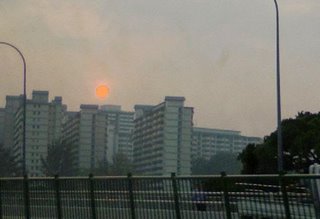 On Saturday evening I was going to the esplanade again. The haze was getting denser.

The Esplanade was a hive of activities. It was quite crowded. There were two major shows, one at the Theatre and the other at the Concert Hall. Besides these, there were a few other free performances and activities at various venues.

I went to the Waterfront and saw Dr Chua taking photos of his performers. I went beside him and took a picture too. Later the COI students performed a Huang Mei opera, The Magic Lotus Lantern. I watched for a short while; it was not interesting. 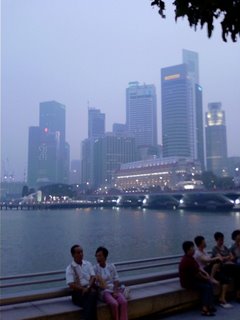 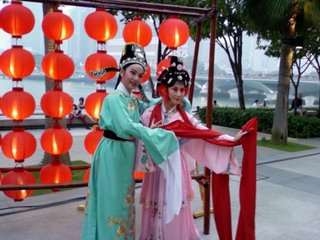 Then I went to the Concourse. A musical performance by a small group with chinese musical instruments was going on. It was followed by a Tai Chi demonstration accompanied by a lady playing a harp.

Five minutes before eight I went to the Theatre to watch an opera show, The Gift, by the Tang Mei Yun Taiwanese Opera Company. It was a simple but nice story and the show was entertaining.